"Squid Game" is a Korean drama produced by Netflix. It tells the story of hundreds of people who are trapped in their lives who participated in 6 traditional children's games of life and death for a prize of 45.6 billion won (about 245 million yuan).

This series relies on the description of people's real situations, childhood games and bloody violence conflicts, and the content of prying into human nature. Six games such as "Pinball" have also fascinated young people around the world. 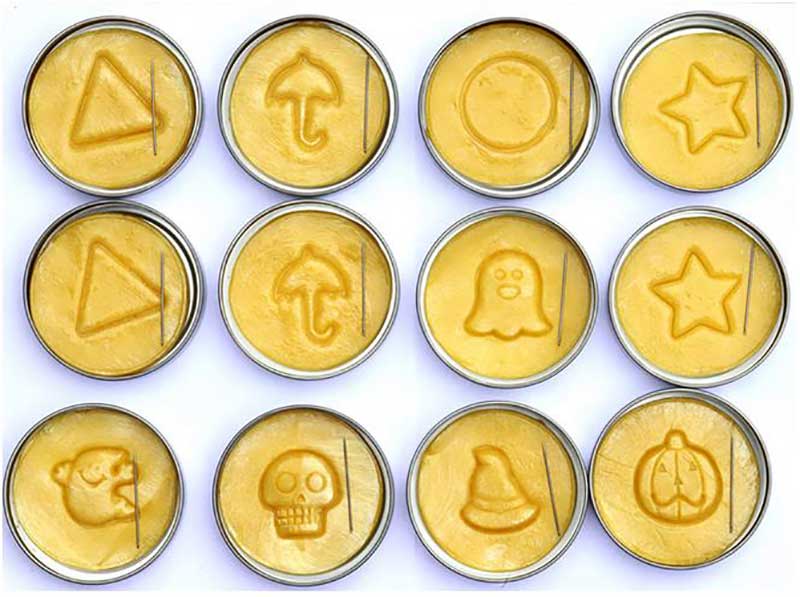 For example, the second level in the play "Sugar". Participants must risk being shot and completely buckle out the pattern on the puff in the tin box. According to media reports, Mr. An, who made sugar for the original crew, can now sell more than 500 pieces of squid game tin box of the same type of sugar on the streets of South Korea every day, and has not returned home for a week. "Someone placed an order for 8,000 puff tin boxes at one time, and today I have to wait 20 days for the order," Mr. An said

In fact, not only in South Korea, the same version of "pumpling sugar" in the play is also very popular on Amazon. 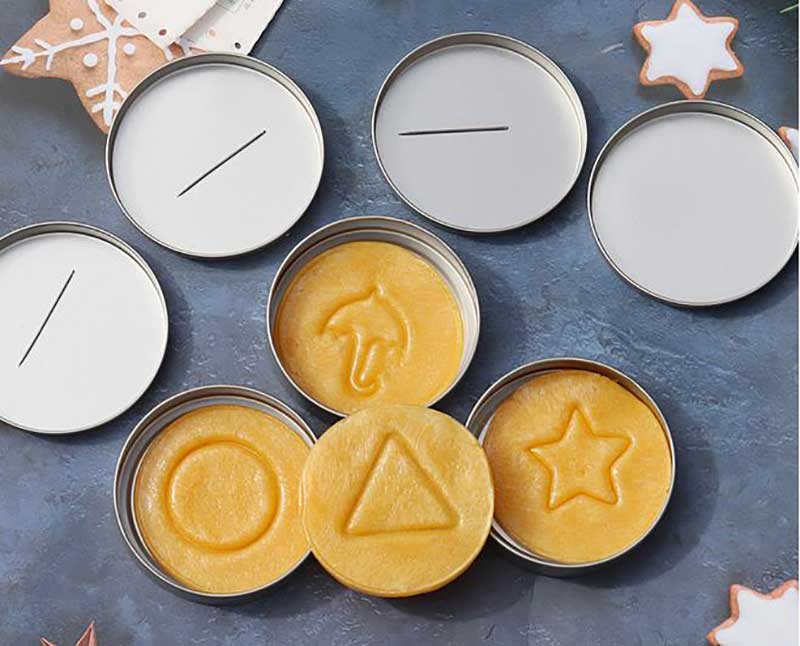 Since "Squid Game" was released on September 17, less than one month has passed since the monthly sales of puff tin box products launched by Amazon merchants exceeded 10,000. Moreover, these puffed sugar products have also completed a new round of process improvement, the purpose is to more restore the size, thickness, color and graphics of the candy in the play.

In the comment area, when consumers complained that the puffed sugar they bought was not as described by the merchant, some merchants responded: “The process has been improved so that customers can reissue products made with the new process.”

The puff tin box products on Amazon are not cheap. Taking a store with sales of 10,000+ that month as an example, a single box of candy (including a candy, a round tin box, and a needle) is priced at $12.54, and a five-box customs clearance package is priced at $61.2.

According to the experience sharing of many game bloggers, the raw materials of the puff pastry only need the right amount of white sugar and baking soda, and the cost of the round tin box and needle is also very low. But it is such a high-premium product that is out of stock on Amazon. Some merchants with higher sales only accept reservations, and delivery usually takes 4 days. Some merchants directly stated in the product description that "not accepting orders temporarily", the customer service of the shop responded that the products ordered today will not be shipped until 20 days later.

However, most consumers' puff tin box products lack production information. Through consultation, some merchants also claimed that the product has a shelf life of up to 1 year, but according to the product description, most of the pun sugar products are branded as "hand-made". Times Finance asked its relevant food production qualifications, and some merchants responded with "factory direct sales", but they did not want to disclose the specific manufacturers. 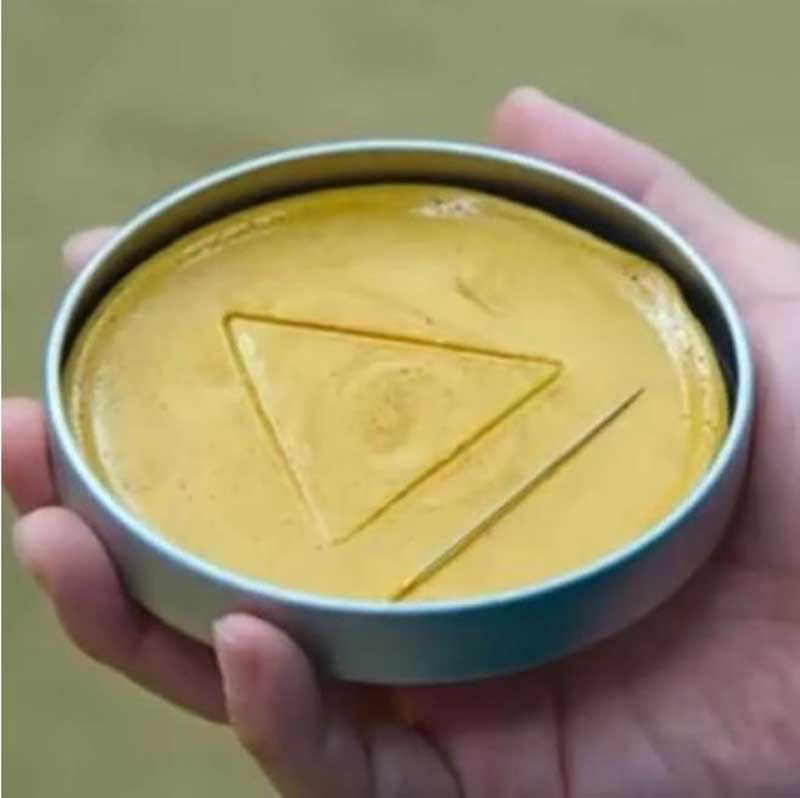 “It’s because the popularity of this drama is so high in the context of the Internet dominated by short videos. YouTube and Tik Tok can see a lot of "videos" about this drama. Following the "Squid Game" fire, Erli discovered "Pin Tang Box" has been on the hot search list on both Tik Tok and YouTube. There are also many people around who know the Pun Tang game even if they have not watched the show completely. She and her girlfriends took a fancy to Pun Tang. Door business, "I saw the method of making sugar on the Internet and found that it is very easy to make, the raw materials are simple, and the cost is low. College students want to make some money. "

A piece of candy in a normal transparent bag sold on Amazon is priced at US$4/piece, and three pieces are at US$10. The same blind box in an iron box as in the "Squid Game" is priced at US$5/piece.

Each biscuit candy tin box is made of iron material-printing-cutting-stamping-assembly-packaging-step by step. 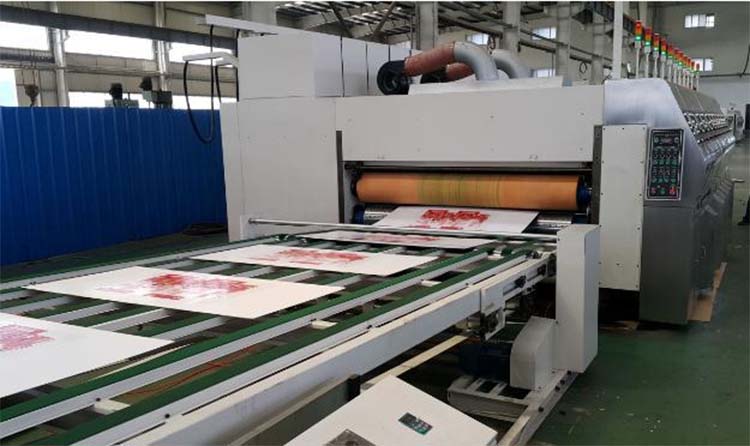 3) Cutting: After the printed iron material is returned to the factory, the material can be cut and cut according to the row of cutting beds. When cutting the mattress, pay attention to whether the operator is cutting according to the knife edge line and whether the length is consistent and uniform. Whether workers scratch each other when unloading, etc., the quality must be checked at the initial operating station.

4) Stamping: It is to press the iron sheet into shape on the punching machine. This is the most important job of making cans. Usually, a can can be completed in many processes. In the stamping process, the product loss is usually the largest. Pay attention to whether the work operation is standard, whether the product surface is scratched, whether there are batch seams in the coil, and whether the button bone is fastened. The usual practice is to arrange the production of large samples for confirmation before the production of large goods, and to produce according to the confirmed large samples, which can reduce a lot of trouble.

5) Packaging: After the production is completed, the packaging department is responsible for cleaning and assembling, putting in plastic bags and packing. This link is the finishing touch of the product. The cleanliness of the product is very important. Therefore, it is necessary to do a good job of cleaning before packaging, and then package according to the packaging method. For products with many styles, the style number and box mark must be aligned and placed. put. In the packaging process, attention should be paid to minimize the influx of defective products into the finished product, and the packing quantity must be accurate.