The difference between glass cans and metal cans

The difference between glass cans and metal cans

Why use glass jars for canned fruits and metal cans for canned meat? First, let’s take a look at the characteristics of glass jars: Corrosion resistance: it can resist acid, alkali, and salt corrosion. It will not chemically react with the medium and does not affect the properties of the medium; glass jars are heavy, fragile, and costly. Some canned fruits use glass jars. Secondly, let's take a look at the characteristics of metal cans: corrosion resistance, good sealing, extensibility, light resistance, compression resistance, and strong hardness. Almost all canned foods can be packaged in metal cans. In this article, I will detail the difference between using glass jars and metal jars. 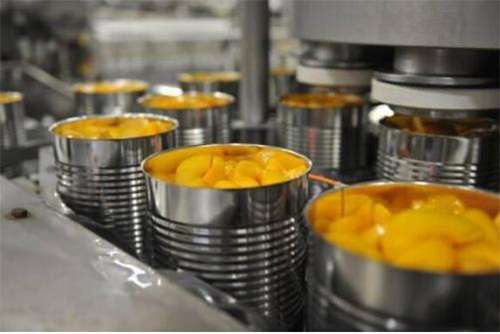 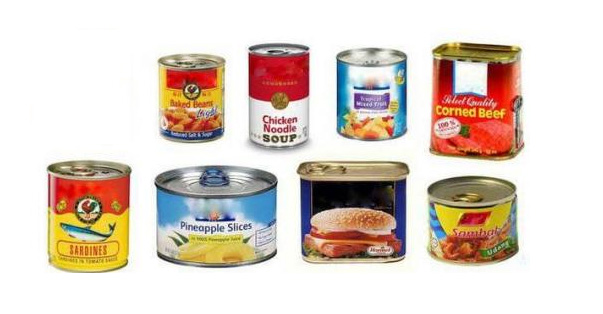 This picture shows a yellow peach being filled, and it uses a metal can.

The metal cans appearing in this picture are common brands in American supermarkets-"wal-Mart Stores", "Sears Roebuck", "Kroger" and "Costco". The foods in the metal cans are: beans, chicken noodle soup, Mixed fruits, corned beef, sardines, pineapple slices, luncheon meat, and what kind of chili curry sauce. There should be no further explanation, the above food metal cans already contain vegetables, fruits, meat, noodle soup, and sauces. So are there any foods that I don’t know can’t be packed in metal cans? I said that I don't know anymore! So wittyly added "almost two words... But considering that metal cans cannot be used, the most likely reason is that food with a lower pH value is highly corrosive to metal cans and cannot be used. Most food metals The pH value of the canned food is above 3.0. As for the answer of some nutritionists, it is mentioned that “canned fruits and vegetables are acidic canned food, which is easy to cause corrosion of metal cans. In addition, some food additives such as citric acid are usually added to canned fruits. , Metatartaric acid, benzoic acid and its sodium salt, accelerate the corrosion of metal cans. These two viewpoints are not problematic, but since metal cans are widely used in fruit high-acid foods (pH<4-6), metal The problem of tank corrosion prevention should have been well resolved.

Nowadays, the packaging materials for food metal cans are tin-plated iron sheet, the tin-plated layer has strong corrosion resistance, and the steel ensures the mechanical strength of the packaging. Although metal cans are highly corrosive, they are still at risk of being corroded by high-acid foods. It has been reported that some people experienced nausea and vomiting after ingesting canned food with a tin concentration of 200mg/kg. However, a 2005 study showed that among the 1,200 tested food metal cans, 99.7% of the food contained tin content was lower than the US national standard limit of 180mg/kg. Compared with previous studies, the tested food metal cans had The results have been greatly improved than before. The researchers concluded that the manufacturer's practice of painting the inner surface of food metal cans greatly improves the corrosion resistance of metal cans, making metal cans more suitable for high-acid food applications. Safety.

As for beverage packaging such as cola cans, they are cheaper aluminum cans. Aluminum also has higher corrosion resistance. Although aluminum cans have poor strength, they are just right for the high-pressure carbonated beverages inside. Have you noticed that the metal skin of a cola can is much thinner than cans? It is precisely because of the high pressure inside the cola can that the entire metal can bulges like a balloon, using the tensile force of the metal skin to resist the impact from all directions from the outside world Stress, so the tank wall does not need to be made as thick as a can. The inside of the can is negative pressure. In order to extend the quality of the food, fill the hot food before sealing to remove the air in the can as much as possible, and then seal it. There are two benefits of negative pressure in cans. The first is that it reduces the oxygen content in the can and reduces the oxidation of the food; the second is that the can lid is indented. Once the internal food is spoiled and deteriorated under the action of anaerobic bacteria to produce gas, the lid will Promote to remind consumers not to eat.

To give a simple example, a 500ml metal can weighs about 20-40g, while a 500ml glass jar weighs 200-350g. Therefore, the transportation cost of glass packaging products is higher than that of metal packaging. Therefore, the well-known American food companies-"Mondelēz International", "General Mills" and "Kroger" use metal cans in order to save transportation costs. Therefore, most of the canned food on the shelves of American supermarkets are in metal cans, and canned food is a daily consumer product of ordinary people. , People's acceptance of this kind of food is also higher.

In Asian countries, there are only a handful of well-known types of food metal cans (tempeh, canned fruit, luncheon meat...), and the acceptance of canned food is relatively low. Canned fruit only entered the Asian market in the early 1990s. The glass packaging effectively displayed its bright colors and attracted enough audiences. However, the market share is not large. If a manufacturer suddenly says that we want to save costs and adopt metal cans, it is estimated that no one will buy it.

Therefore, glass jars are expensive. Only better-looking foods will be packaged in glass when they need to attract customers. Foods such as meat, chicken noodle soup, and pasta require metal cans, because these foods have poor color after long-term high-temperature treatment. Relatively cheap and opaque metal cans are the most suitable! Metal cans cannot be re-capped after opening. Although they can be sealed with plastic wrap, they are far less convenient than glass cans.

However, it must be pointed out that not all foods are suitable for the use of metal cans. For specific reasons, please read the distinction between high-acid and low-acid foods below. Almost all low-acid canned foods are ready-to-eat when opened and cannot be stored for long, even in the refrigerator. The reason is simple. The dishes cooked at home will not be fresh after 2 days in the refrigerator, and they will go bad after a long time. High-acid foods such as pickled cucumbers, pickled sauerkraut, ketchup, etc., can be stored in the refrigerator for longer because of the protection of acid (and some salt). Acid and salt are the most natural and oldest food preservatives.

4. Professional science: why distinguish low-acid foods and high-acid foods in the food industry

High-acid foods are relatively easy to preserve, because the high-acid environment can effectively inhibit the reproduction of microorganisms, especially A and B clostridium botulinum. Low-acid foods face the risk of Clostridium botulinum. Why is Botox so terrible? Because the toxin produced by Clostridium botulinum is very toxic (the half-lethal dose to humans is 0.004/kg), it is also an anaerobic bacteria, and the spores of botulinum (thick wall, low water activity, like plant seeds) The existence of) and extremely high heat resistance, once botulinum toxin appears in low-acid canned food, it will cause a large-scale food safety accident.

Therefore, the degree of heat treatment required for high-acid food and low-acid food is different. The heat treatment for Shelf Stable Food requires 12 Log Reduction of the target pathogenic bacteria (ie killing 99.9999999999% of the target microorganisms). Why not 100%? This is a question of probability. If there are 100 million bacteria in each can, after heat treatment, it does not mean that there is still one bacteria in each can, but that there is a probability that bacteria will survive in each can. It's very low, but it's one in every thousand cans when you include mass production. The target microorganisms of low-acid foods are the large Boss of A and B Clostridium botulinum spores (D value is 0.2 minutes at 120°C), while the target microorganisms of high-acid foods (fruits, pickles, etc.) The heat resistance is much weaker. Low-acid foods need to use high-temperature and high-pressure equipment to increase the heat treatment temperature (usually 121°C, 2 times the atmospheric pressure). At such high temperatures, 30 to 80 minutes of heat treatment are required to achieve the goal to ensure food safety. High-acid foods only need to be boiled for a certain period of time (10-40 minutes) in a water bath (or brine) under normal pressure.

Botox is a highly toxic neurotoxin. Legend has it that 1g can kill 20 million people. Will many people die on it? In fact, there are not many cases. I remember that the cases I gave when I was in class were all poisoning incidents caused by eating some weird food. The image is particularly profound. Two Americans buried the paws of two otters in the woods. They were rotted and fermented and eaten raw and were poisoned... Uh... Actually, botulinum toxin is a protein poison, and it will be inactivated when heated enough. of.

I will not start with the topic of botulinum toxin beauty. Although it is a highly toxic substance, as long as the dose is strictly controlled under the harmful dose, the risk can be greatly reduced. I can only say that I must go to a regular hospital! Otherwise, it would be too unjust in case Meirong died. Are you worthy of our food industry's efforts to prevent Botox! 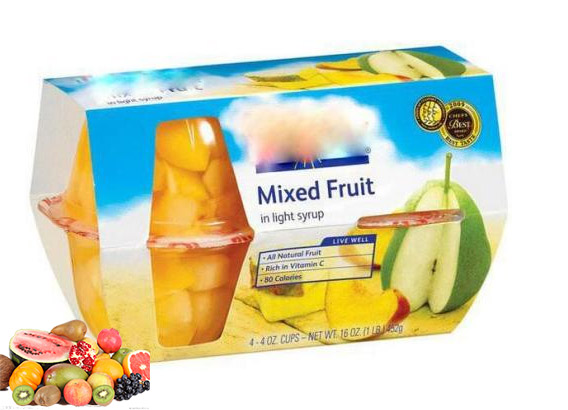 Finally, one more point. In fact, "canned food" should be broadly referred to as "shelf-stable food"-food that can be stored for a long time (more than 1 year) at room temperature. It must be made clear that "shelf-stable food" does not include biscuits, instant noodles, dried meat and other foods that can be preserved with low water content, nor does it include honey preserved foods that can be preserved with high sugar and low water activity. This kind of food often expires immediately after opening the package, and the package is complete and can be stored for emergency storage. Due to the advancement of materials science and food science, the packaging of this kind of food is not limited to the general use of metal cans. Metal can packaging has become more and more common. The advantage of metal can packaging is storage and transportation.