What factors affect the corrosion resistance of tin cans

What factors affect the corrosion resistance of tin cans 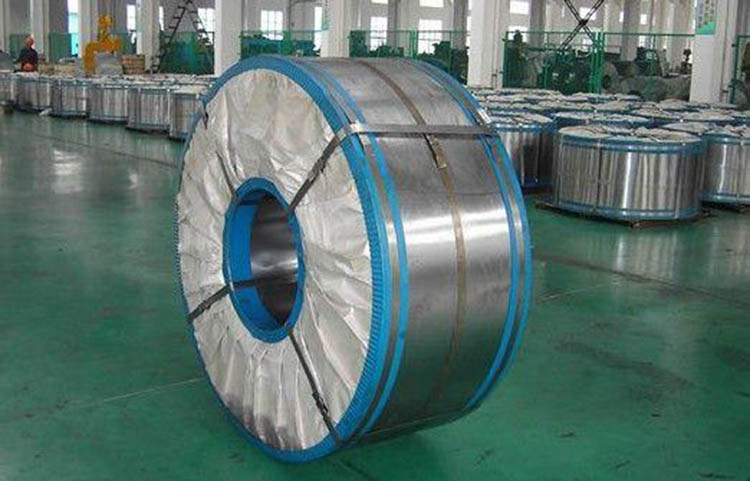 Tin-plated iron is composed of steel base, tin-iron alloy, tin layer, passivation film, and oil film. The steel matrix is ​​composed of high-quality low-carbon boiling steel, tin-iron alloy is the alloy layer produced during tin plating, the tin layer is pure tin body, the passivation film is the chromium compound formed after passivation treatment, and the oil film is used as the anti-rust layer. In the composition of tin-plated iron, the tin layer and passivation film play a key role in preventing corrosion. Generally speaking, the anti-corrosion performance of tinned iron can be greatly improved. The higher the amount of tin plating, the stronger the anti-corrosion ability. But at the same time, it is necessary to observe whether the tin-plated layer is dense and uniform (determined by the level of the reflow process after tin plating), and whether there are oxide scale defects (the oxide scale is caused by impurities in the environment during tin plating, which is the anti-corrosion of tin-plated iron Weak points). It is worth noting that, in addition to increasing the cost, the excessively thick tin-plated layer will also reduce the suitability of tin-plated iron coating processing. Tin box companies should pay attention to it.

In order to further enhance the sulfur resistance and corrosion resistance of tin-plated iron, after tin-plating, the iron plate still needs to be chemically treated in a sodium dichromate solution to generate a layer of chromium oxide and chromium hydroxide on the surface of the tin-plated layer Object, that is, the passivation film. In theory, the thicker the passivation film, the stronger its corrosion resistance, but at the same time it will also cause the adhesion of the anti-corrosion coating in the post-processing process to decrease. Therefore, the thickness of the passivation film also needs to be paid attention to.

Of course, tin box companies generally can strictly control the production process of tin cans, but we have the right to choose tin can companies with stable production quality and high product reputation as partners to ensure that the quality of the tinplate used meets the requirements. It is worth noting: For tin-plated iron with different thicknesses processed by supplied materials, the thick side of the tin layer is generally used as the inner coating surface, except for those specified by the customer, which is beneficial to improve the corrosion resistance of the tin can. 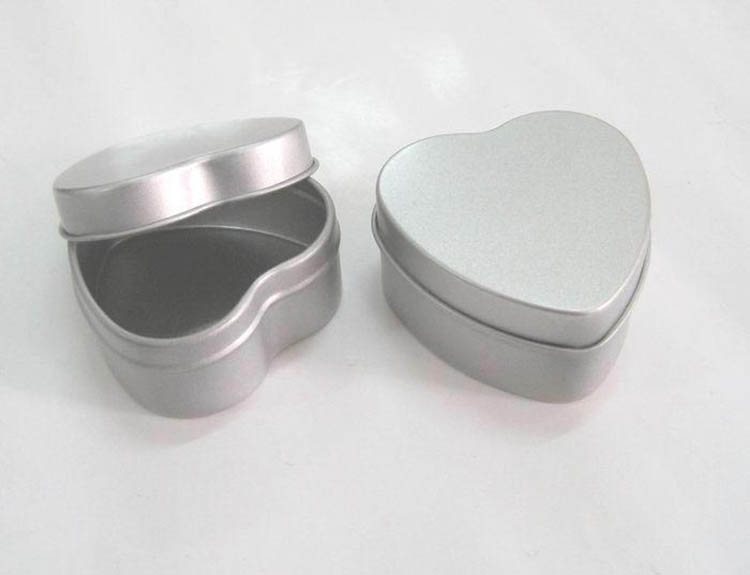 The anti-corrosion ability of tin cans is directly proportional to the thickness of the anti-corrosion coating. For tin cans of different thicknesses, it is suitable for different containers. In order to ensure the final film forming performance of the coating film, the coating process of two coatings and two baking or three coatings and two baking It is required that the drying temperature during the first drying be 15~30℃ lower than the normal construction temperature.

In addition, since the increase in the thickness of the coating film will reduce the adhesion of the coating film, when the coating film thickness exceeds the Class A standard coating operation, it is generally necessary to apply the matching inner primer as the first coating. Enhance the adhesion of the coating film. For tin cans containing high-sulfur content (such as asparagus, shrimps, crabs, and steamed eel), simply coating epoxy phenolic resin is not enough to prevent tin cans from reacting with sulfur to form sulfides, so many tin can companies use internal coatings The method of adding zinc oxide to form a high-sulfur coating. The ratio of internal paint to zinc oxide is about 10:1 (the amount of zinc oxide can be appropriately increased or reduced according to the content of sulfur content), and it is required to be used according to the amount of use, otherwise, it will thicken and deteriorate if it is placed for too long .

The anti-sulfur mechanism of adding zinc oxide to the inner coating of tin cans is that zinc oxide absorbs H2S released from food and reacts to form white zinc sulfide, thereby preventing H2S and Fe from forming black iron sulfide, which has an anti-sulfur effect. The zinc oxide particles are needle-shaped, which also helps to improve the sealing properties of the coating film. For tin cans containing contents such as luncheon meat, beef and mutton, in addition to the above factors, it is necessary to add some anti-sticking agents (such as synthetic wax) to the coating film to prevent the contents from sticking to the anticorrosive coating.

The epoxy phenolic resin coating process mentioned above is mainly used for the coating of tin cans. It is not recommended to be used for the coating of aluminum food cans, because the compactness of epoxy phenolic resin and aluminum is not completely reliable. Therefore, the inner coating process of aluminum cans currently uses vinyl coatings, which are relatively dense. 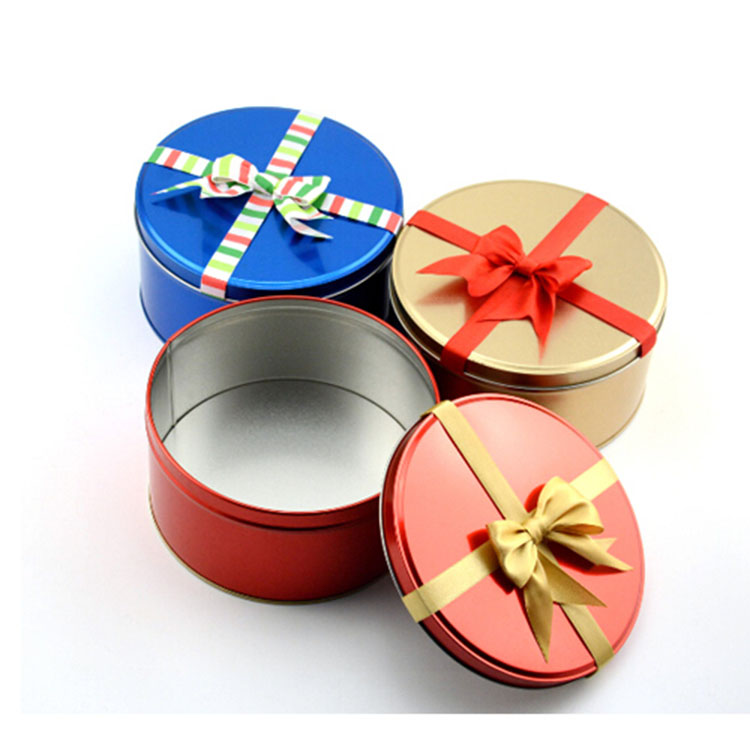 3. The production process of tin cans

The welding seam repair coating process in the canning process has always been one of the weak links in the anti-corrosion processing of tin cans. Many corrosions first attack the welding seam of tin cans and then spread. Due to the short drying path and fast processing speed of the recoating process, the recoating agent must be able to dry and cure quickly, and have good acid and sulfur resistance. In order to ensure the quality of recoating, when purchasing tin can recoating materials, we must not emphasize cost saving one-sidedly.

When the baking performance is not good, the can-making speed can be appropriately reduced to ensure that the paint is dry. At the same time, pay attention to whether the wettability of the touch-up paint and inner coating is good, and check the quality of the touch-up at any time. In order to solve the shortcomings of the re-coating process, many tin box companies also adopt the full spraying process on the basis of the re-coating, so that while improving the quality of the re-coating, it also compensates for the defects such as mechanical damage and burns in the printed iron cans. Improve the corrosion resistance of tin cans.

Special attention should be paid to: tin cans containing alcoholic substances (such as liquor) are particularly prone to corrosion problems at the weld repainting. When choosing a tin box company, the quality of tin can repainting should be strictly tested .

4. Some items related to anti-corrosion processing of tin cans

After selecting high-quality tin-plated iron, paint, and formulating a suitable processing plan, the final job is how to ensure the correct implementation of the anti-corrosion process in daily construction. The following issues are worth noting items. 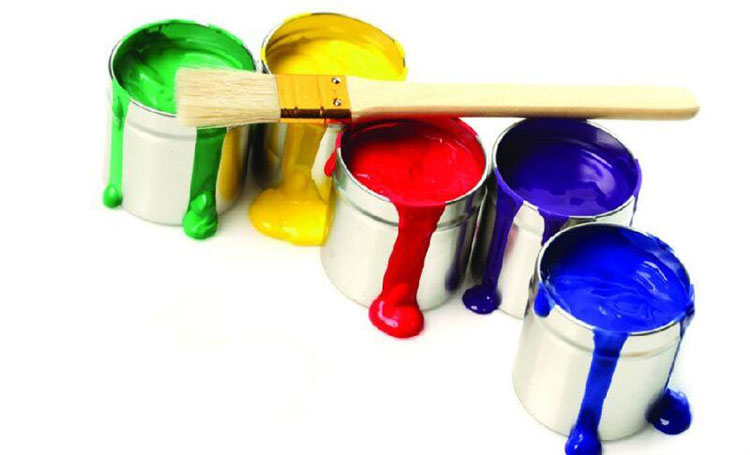 1). Baking temperature of tin can

Baking temperature is one of the key factors that restrict the quality of anticorrosive coatings. The function of baking is to cross-link and polymerize the film-forming substances in the resin to form a film, and heat and evaporate most of the solvents and additives. Too low a baking temperature will directly lead to insufficient resin cross-linking, reduction of the cohesive force between the resin polymer of the coating film, poor coating density and stability, and the content easily penetrates the coating film and corrodes the tin can; The hardness will also be affected due to insufficient resin crosslinking, which makes the coating surface easy to produce mechanical damage during post-processing, which brings hidden dangers to corrosion prevention. Insufficient baking temperature may even cause some high boiling point solvents to fail to evaporate completely and form residues, which is absolutely not allowed by the sanitary requirements of food cans. However, too high a baking temperature is not acceptable. Too high a baking temperature will cause embrittlement and excessive cross-linking of the coating film, which will eventually change and reduce the original chemical properties of the resin, and it will also not have the anti-corrosion effect. Therefore, for the anti-corrosion paint used in tin cans, the corresponding technology and processing conditions must be requested from the supplier to set the baking temperature of the paint correctly.

In order to get the correct baking temperature, we should also understand and master some characteristics of the drying room.

2) Resin, solvent and various additives in tin can anticorrosive coating

In addition to the resin component of the anticorrosive paint for the inner wall of tin cans, there are other auxiliary substances, such as solvents, thinners, and plasticizers. It is necessary to explain the difference between solvent and diluent.

Solvent refers to a liquid that can dissolve solid or semi-solid resin to prepare a useful solution. It mainly functions to dissolve resin and is also called true solvent. The thinner cannot dissolve the resin, but it can adjust the viscosity and dilute the paint to adapt to the coating process. It is also called a pseudo solvent.

In the tin can production, we are most concerned about the master-slave relationship between the evaporation rate of the solvent and the thinner. This is because during the baking process, each component in the coating starts to evaporate at the same time, but due to their own evaporation The different speeds result in different properties of the coating film during the heating process, and the final structure of the coating film mainly depends on the role played by the solvent with low evaporation. Therefore, the coating should use a suitable good solvent to evaporate at the latest (but must evaporate completely within the baking time), so that the resin polymer has enough time to fully crosslink, and ensure that the coating's anti-corrosion function is maximized.

If the good solvent evaporates prematurely, it will cause the polymer macromolecular chain to curl, and the coating film will appear discontinuous, thereby reducing the corrosion resistance. What's more, the solvent evaporates earlier than the diluent, and the resin cannot be effectively dissolved and precipitated, which will eventually cause serious defects in the coating film, so be careful.

3) Other processing conditions of tin cans

Experienced tin can production technicians can avoid the phenomenon of "steam drum holes" when painting under low temperature and high humidity weather conditions, and ultimately cause the contents to corrode at the "steam drum holes". The solution is

In addition, the production environment of tin cans strives to be clean and dust-free. If the paint contains dust or impurities, the coating film will produce "drum holes" centered on the dust. A filter device can be added when painting. The requirements for coating rubber rollers are moderate hardness, smooth surface, and corrosion resistance. After the rubber roller is used for a period of time, "skin" will appear on the surface due to the corrosion of the solvent. When this type of rubber roller is used for construction, the coating film level is poor. , It is also easy to produce "drum holes", which can be solved by grinding rubber rollers. Eliminating quality defects such as "steam drum holes" is of great significance to the corrosion protection of tin cans.